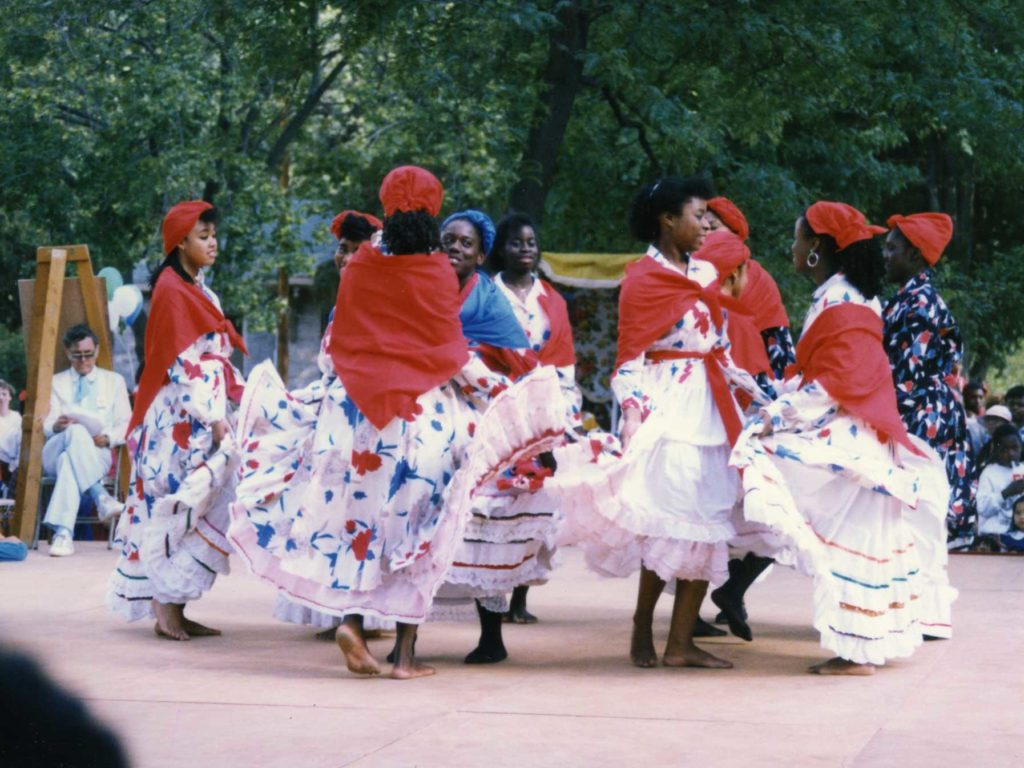 Did you know that the CCAWR celebrated its 45th anniversary in March of this year? Unfortunately, the COVID-19 pandemic delayed our celebrations at the planned Awards of Excellence in April. Not to worry – we’ll organize a lime soon.

Thanks to the archival efforts of the late Rev. Vincent Smith, and Stacy MacLennan of the Ken Seiling Region of Waterloo Museum, we are pleased to share with you pictures from our history; see if you recognize any places and faces from “way back when”.  🙂

Our Association is the offshoot of a 1974 summer project by Caribbean students at the University of Waterloo. They obtained a grant for establishing programs for Black and Caribbean culture for youth in the community. Leaders included Patricia Moore, Tracy Wilson & Oliver Sampson. Among the campers were Basil & Tony Young, children of Cedric Grant, Leonard Fletcher, Jello Wickham, Murch Callender, Wesley Johnson & Karl McKenzie. Tony later became Much Music’s renowned VJ “Master T“.

Accomplishments of the past 45 years include:

We’re looking forward to the next 45 years! Join us and help us create a better future for our community.